The Realm of PSYCHIC SOUND 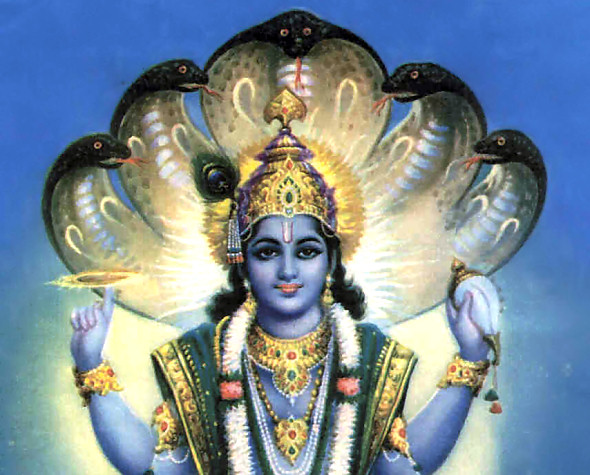 Wisdom comes in silence,
where the sound
between the diversity of thoughts
is revealed.

Soon the dark Moon will meet the lunar Mansion of Shravan, which in turn will intersect with the human astral body.
This is an auspicious offering of the lunar year for the developing clairaudience – the ability of the third ear of the throat Chakra to hear secrets whispered by infinity.

Each Nakshatra brings a particular energy into focus. The Yogins tune into the stars and the Moon within their rituals, and decode the soul – studying and freeing themselves of the impositions of illusory structures.

Shravan Nakshatra pertains to themes of sound, hearing, listening, words, language, noise and all the themes that encompass the throat chakra.

‘Wisdom is simplicity’, it has been said. In the cacophonous themes that reverberate in the inner ear of excess consumption, along with the sounds of seemingly variegated dualisms, where can secret simplistic and magical wisdom lay her head? A head moist with Moon sweat. 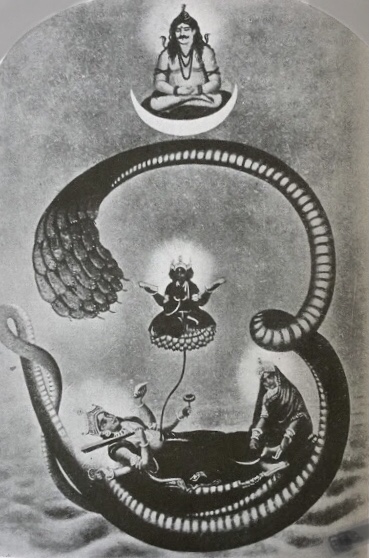 Shravan Nakshatra encompasses Makara, the crocodile constellation (Capricorn). It rules over ancient things – the crocodile itself is an ancient creature.

The energy of Makara brought to us by Shravan reveals to us the echoes of sounds of the past.
This Nakshatra of Shravan offers us an ear of listening, to revise the ancient lessons needed to be heard if we are to hear the sound of wisdom.

Ananta Shesha is the Naag king of Snakes. He is the 1000 headed serpent upon which Vishnu – the ruler of Shravan Nakshatra rests.
Ananta is another name of the Nakshatra of Shravan.
Ananta is eternal. When disillusion of opposites comes, Ananta remains unchanged. He is the Crown-Chakra beyond terrestrial reach – from which the Anahat Naad (original sound) emanates.

Ananta Shesha was sent under the earth by the creator to hold the earth in place, he keeps balance and stops it falling into the sounds of duality.

The Silent Wisdom of Mauni

This coming dark Moon is known by Tantrics as Mauni Amvasya – the Annual Tantric ritual night of silence. For thousands of years it has been kept as a silent time by Tantrics.

A time of Mantra and working with the inner-ear of the Throat-Chakra to gain admittance to the inner word of words. A Mauni is a silent sage possessed of inner wisdom… the wisdom of both inner and outer sound.
Language and noise can veil the more silent tones of wisdom. The Mauni is she or he who has stripped the forms of sound and gone to the naked music of the soul.

The practice of Mauna is the yogic technique of working with speech. Part of Mauna is to keep silence, but it encompasses so much more, and presents many inner practices of finding the magic inherent within sound.

Mauni Amvasya in Shravan Nakshatra brings a major blessing: it can gift one with the clairaudient powers of Moon-infused flower dew.

The Healing Science of Flowers

Neelpadma is the blue lotus that rules the Throat-Chakra.
The Tantrics know that it flowers in twilight. If Neelpadma is found at the time when the dark Moon is in Shravan Nakshatra, and the moisture upon its petals is imbibed, then it can confer clairaudience to those who drink it.

This is the science of flowers
that the Siddhas keep alive.

Some lotuses bloom in the twilight of dawn and some in the twilight of dusk. The Nakshatra upon the full or dark Moon at either dawn or dusk leaves healing moon milk-like dew drops upon her lotus petals.
If the blue lotus Moon-milk is taken when the full moon is in Shravana, then it makes the physical ears hear much better and can cure hearing problems.

It is not a theory but a practice that can be verified by the Moon and flower practitioner.

Chandrapadmavidya
is the name of this mostly unwritten
& hidden science.
It means the wisdom of the Moon flowers. 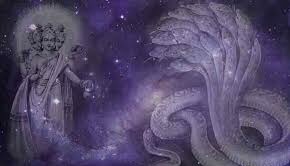 The Yogin listens and hears the Anahat Naad – That is the sound of silence in-between the various sounds that bounce off the walls of our inner universe.
The internal dialogues that repeat in our inner sanctum are what create our reality.

The Tantric axiom of ‘There is nothing out there’ reveals that there may be a lot ‘in there.
The Anahat Naad is the nourishing sound. Ana means food and nourishment, Hat implies duality, and Naad is sound. A balanced diet of sound is indeed of psychic and physical necessity.

Shravan is the star constellation of Aquila. Aquila is the eagle, Vishnu the ruling deity of this Nakshatra has as his Vahaan (power animal) the eagle. Meditate upon this.

This is an opportune time to work
with Mantra and observe silence.
Wisdom comes in silence,
where the linking sound
that lives between and within
the diversity of thoughts
is revealed and unveiled.

The energy of Shravan Nakshatra is the profound quality of taking in and listening. The ability of remembering and keeping information is brought by this Nakshatra that rules the memory aspect of the Manas (division of mind).
When this Nakshatra creates a vortex with the dark Moon, then it draws out issues around listening and hearing – from deep within us – for us to look at.
The lunar sway can go as deep as our soul, to draw clairaudience from the Throat-Chakra.

Shravan’s lesson is all about hearing the unheard, forgotten and secret silver and gold intertwined thread that connects all things.
This thread resonates mystical sound with the breath of innocence.
When we are a storehouse of information in the spectrum of sound, then the dualisms and separations inherent in the codes of language and variegated principles, challenge us to hear the song of unity.
Should the gold and silver threads end up untwining themselves – this is the loss of hearing the secret sound.

The Trimurti are the 3 principle energies of creation, maintenance and destruction. These 3 qualities are ever present in all things. The energy beyond the middle, beginning and the end is the doorway that opens when the balance between them is established.

The energy beyond is a quality of mystic sound inherent within the 3 Trimurti energies. Neither a cry of birth, expressed by the Mantra Hey, nor the death rattle expressed by the sound Ho. But the spirit between them.

The ruling deity of Shravan is Vishnu. Particularly in his form of Vaman, the dwarf god.
Vishnu is the middle part of the Trimurti – he is the balancer between the energies of creation and destruction.

It is to be remembered that Shravan is symbolised as an ear, and it is the ear that keeps the sense of balance in the human system. Vishnu then, is like the cosmic ear. He is the maintaining energy that keeps equilibrium within the Cosmos.

Vishnu in his form of Vaman, the Dwarf God, takes 3 steps in the famous story where he defeats Mahabali who had taken over the 3 worlds.
Worthy of meditation is that the annual Vaman Jayanti Moon occurs in none other than Shravan Nakshatra.
The steps that Vaman takes are the 3 stars. In one stride Vaman steps from the Tarazed star to the Alshain star, for the next step, Vaman follows his step and treads upon the head of Mahabali, the head of Mahabali represents the Altair star.

Mahabali is the middle and brightest star of the 3. The step upon the head gradually darkens the star and presses it into the underworld until it returns to its glory in high summer.

We have seen that the stars that constitute Shravan Nakshatra are: Alshain, Altair and Tarazed. These 3 stars of are most visible in high summer when they come alive.
This is interesting, as in high summer, Mahabali has his day of rulership when he returns to the earth plane.
The festival of his return also occurs in Shravan Nakshatra.
At this part of the year we are now in, the star reaches its deepest point of departure and Mahabali resumes his throne as lord of the underworld.

When Shravan Nakshatra
appears on Mauni Amvasya,
then Mahabali calls us
into the very depths of underworld sound.

The Ear of Shravan

The Ear of Shravan gives us Vaak Siddhi, which is the power of speech.
Vaak Siddhi is linked to the tongue and how it is used.

The Vaak Mudras are the Mudras that work with the tongue as a means to access the inner ear at the throat chakra.

The throat chakra
is the ear of clairaudience
that admits us into the world of hearing the spirit calling.
It is the ear of finding the way home through the noise.

There is a wisdom of hearing beyond the sounds and informations that exists within us.
By tuning to the astral energies that condition and intersect with the spirit, we may see the effect they have upon us; we may see our reactions to effects; we may open doors within.

Central to Tantric practice, is the tuning into the astral plane through focussed ritualised formulas.
Reducing or extinguishing all impositions upon nature at twilight and sitting in simplicity and listening to the spirit beyond even silence – reveals a place of ?