TWARITA DEVI | 22.5. * The half Moon junction is the time of unification of opposites, when the fluidic forces of the central spinal channel channel are activated 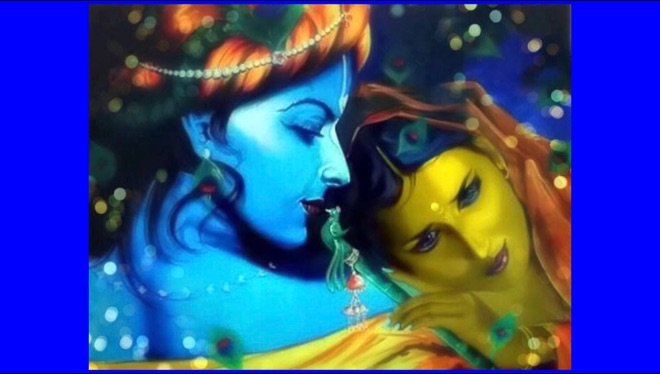 THE YOGIC RITUALS OF LUNAR DAYS

SUNDAY THE 22nd OF MAY

The half Moon junction is the time of unification of opposites, when the fluidic forces of the central spinal channel channel are activated

Yogins at this time apply the practices of centralisation and the balance of halves. The inner and outer Ardha Mudras are reserved for the half Moon.

Ardha means half or split. Working with Ardha can make us aware of the forces of duality, balance and unity. These 3 components are the triangle of the Tantric.

Working with the forces of duality, balance and unity cultivates what is called Sama, which means balance. Sama leads to Soma.

Soma is the elixiral fluid of the sweet fountain of grace.

In this ritual we will be working with Sushumna Nadi which is the central spinal channel that houses Kundalini Shakti. When the forces of day and night and sun and moon are balanced. We have the eternal elixiral flow of Soma.

Soma is the psycho/physical fluid that heals mind, body heart and soul.

Soma flows in balance, and thus the Yogins align to the balance of the half Moon teaching that is imparted by the Goddess Twarita Devi.

Each Moon day has its Nitya Devi who imparts the teaching and potential of that day.

The lunar dance is known as the eternal dance of Nitya in her 15 forms of movement.

Twarita Devi is the Goddess of the 8th dance of the Moon. The moon is half dark and half illuminated on the 8th day, as the picture above illustrates.

The contemplations of the Yogins on the 8th lunar day tell us that is a time of balance, split and center all rolled together.

Twarita Devi is the giver of the 8 Siddhis. The Ashta Siddhis as they are called, are the magical potentials of the soul. They are often described as magical fantastical powers, and in the multi-faceted nature of the soul, they have many layers of expression.

Her name means the fast one, and she is a Goddess who can fly and levitate in all directions. She can do this because of her mastery in the art of duality, balance and unity.

And she teaches us to do the same.

She is faster than thought and has rulership over the 8 directions and can move freely in all ways.

Twarita Devi is adorned with a peacock headdress. She wears green, and expresses the colours of a peacock in her countenance.

Just like Twarita Devi, Krishna also wears a peacock headdress. Both Krishna and Twaita Devi are dark blue indigo in colour as the peacock, and both are linked to the principle of 8.

Twarita Devi does not wear jewels or usual ornamens. Flowers and snakes adorn her instead, for she is a nature Goddess, and just as nature does, she shows us the law of balance. She wields the Akash (etheric) element that underlies all natural phenomena.

She be the balancing unifier of all natural phenomena.

This is the natural lesson of Twarita Devi… the queen of the 8th Moon day.

Nature rises and falls, as day and night, in the dance between active and passive.

The active and receptive day and night forces are connected in the meeting point of twilight blue… that is the time when the Akash element is pronounced, hence it is a time of Yogic devotions.

Radha and Krishna together represent the meeting of the lunar balance in sacred devotional love.

They are opposites in all ways but they unify. Where Krishna is the midnight sky, Radha is the lunar grow. We also find they are born in opposite Bhavas (astrological houses). That is a subject for further meditation

Radha Krishna represent sacred unity, they be the principle of Tadaruup… 2 bodies but one soul.

On this night we will call on the inseparable love of Radha krishna, and ritualistically enter into the 8th Bhavan (astrological house).

The 8th house is known as Ayu Bhavan to the Yogins, and relates to the mysteries of the serpent of union and sexuality, which are reflected in the 8th lunarly dance of Twarita Devi.

Twarita Devi wears 8 Cobras for bracelets, each serpent for each of the 8 directions… of which she is Queen.

We can observe the oppositesat play in the Symbols of the Moorh-Pankh (peacock feather headdress) and the Cobra.

These two creatures are sworn enemies of each other, but the Goddess Twarita Devi brings them together.

The digestion of the peacock carries the potent fire element of Agni, as it can digest everything noxious and poisonous.

The hot deity of Mars known as Skanda rides upon a peacock. Skanda was so hot that neither the fire deity Agni nor the Water Goddess Ganga could hold him. This story is a symbolic reminder of the mastery that the peacock has over the fire element.

The peacock howl is the opposite sound of the snake hiss… this is a further revelation into the law of opposites and has an esoteric meaning to meditate upon.

Rahu is the ruler of the 8th lunar day. Again we see opposites at play. Rahu is the dark Chayagrah (shadow planet) north node of the Moon that swallows the sun at the solar eclipse.

The form of Shiva that unites with Twarita Devi on the half Moon is Ardhanareswahr.

The androgynous Shakti Shiv balanced in one being. Ardhanareswahr is the balance of opposites and the deity of union and Soma.

Ardhanareswahr be the deity of lovers and Yogins who see the potential and beauty of balanced union.

The half Moon face is the point of balance. It is equally a time when the lunar sway can make us feel split in half.

This balance of Moon happens twice monthly on both the descending and on the ascending phase.

The full Moon fills the body with fluidic force up to the top of the head and the dark Moon empties to the base as the tide descends.

The Tantric Yogic science works to align oneself to these lunaly movements.

This aligning to the Moon is generally neglected in modern Yogic practices, and this is an interesting point that shows us how the ancient and integral Yogic arts and sciences are culturally appropriated and reduced to modern standards.

Though it’s wonderful to bring forth the wisdom of The Yogins, it fails to give credit to the profound wisdom of Yogic heritage, and ignores the most important element in Tantric Yogic arts and sciences.

What is that element? The effect of the Moon.

We have started recently to work ritualistically with the energy of each lunar day according to the ancient Yogic wisdom. By learning to dance with the Moon in the eternal dance of Nitya, we move into the sacred feminine.

Though patriarchy may have strong influence, it is to be remembered that Tantra is the way of honouring Shakti… the Goddess, the Mother.

Tantra honours the lunar night forces in a way that balances with the solar day forces. This sacred balance is the innermost meaning of the term Hatha Yoga, and is the secret of the eternal elixiral fluid of Soma.

← SHUNI JAYANTI | 29.5. * The ritual of Shuni Jayanti is all about attempting to get in touch with our shadow side. The shadow is ever there, but can go unseen. CHINNAMASTA JAYANTI | 14.5. * Chinnamasta Devi delights in trampling upon two lovers locked in sexual embrace. →