THE 8 DIRECTIONS OF TIME | 23.4. * At this time each month, Tantrics ritualistically work with Kaal Bhairav, who is the lord of the unseen and the unseeable. 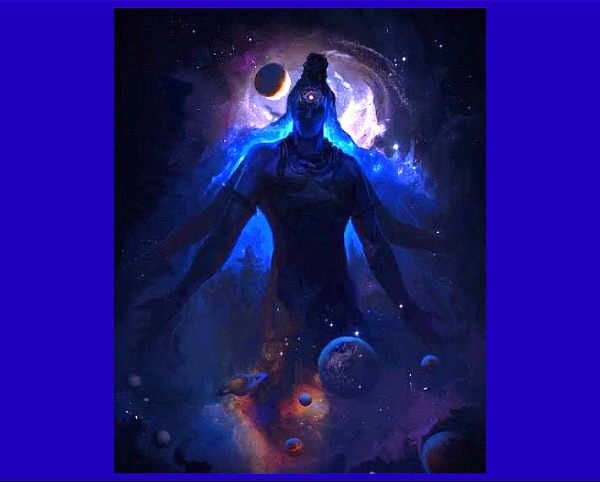 THE 8 DIRECTIONS OF TIME

SATURDAY THE 23rd OF APRIL

Kaal Bhairav Ashtami comes once each lunar month on the half darkening Moon of balance. The Sushumna Nadi is active at this time, and the fluidic force is balanced in the center of the body with a pull to the left as the Moon descends to Amavasya (dark Moon)

At this time each month, Tantrics ritualistically work with Kaal Bhairav, who is the lord of the unseen and the unseeable.

Unconscious energy investments
can be relinquished when
we approach Kaal Bhairav.

Kaal Bhairav is known to have 8 forms, each of which rules 1 of the 8 directions.

This night’s ritual will be a work with the 8 directions of time that Kaal Bhairav symbolises in his Ashtabhairav aspects.

The Ashtabhairav are the 8 forms of Kaal Bhairav that form a Chakra of time and space around us.

His 8 forms are healing as they have the potential to release us from unconscious energy imprints and investments.

Unconscious energy imprints and investments can be made when we suffer any kind of trauma or dissociation from our true nature and feelings.

If for example, shame is inflicted upon us in our early years, this can live in us energetically and unconsciously as an imprint that we invest energy in.

A child knows no shame, but it can be taken on like a kind of virus that drinks the life force, and until one takes back their power from such psychic viruses, they can reduce the potentials of life and love.

We might not be aware of the power we give to unconscious imprints until we come face to face with what is unconscious in us. Kaal Bhairav is the face of unconscious energy imprints and investments.

Taking drugs or becoming intoxicated also imposes a trauma upon our system that brings us into unconscious realms. Drugs are sometimes seen to open up unconscious areas, and they do, but they do not offer a map out of those unconscious areas and can end up causing unconscious imprints to become even deeper etched in the soul.

Through drugs and trauma, it is possible even to become possessed of our unconscious imprints. To move into deep Yogic states the Yogin relinquishes invested power and brings it back to the centre.

Certainly in the left hand practices of Tantra, Nasha Sadhana is an integral part of the Practices. These are the practices with Nasha (intoxicants), but such practices are extremely ritualistically mapped out, and are very little known about outside of initiatic circles.

Bhairav is the mater of intoxication, working with him ritualistically can bring us out of possession by unconscious imprints and intoxicated states.

This ritual will be a magical investigation into our sense of time and direction.

Those who are fascinated with polarity and magnetism are welcomed to the dark circle of Bhairav.

A devotional ritual that focuses upon the laws of directional force and exchange within the realms of time.

We will be moving towards Kaal Bhairav in these practices.

His Moon night will be a ritualistic investigation into sensing the polarities and magnetism of the 8 directions in space and time.

Kaal Bhairav lives within space and time, but he equally dwells beyond them.

In this ritual, we will invoke Kaal Bhairav in his eight forms, as we create a circular Chakric ritual of spinning force.

The 8 forms of Kaal Bhairav relate to the Ayu Bhavan. This is the 8th Astrological house which deals with the forces of fear and the unconscious.

The 8th house is the most terrifying place in the zodiac, and it parallels Kaal Bhairav… Bhairav in his name means fearsome and terrifying.

Kaal Bhairav is the healer who teaches us to take them back and become whole.

What can happen when we face the unconscious, is that we fear what we find, and start to project it elsewhere, rather than taking it’s inherent power back to out centre.

Then we might find a place to project it.

We might put it everywhere, but not realise that what we are projecting is our unclaimed and dissociated power.

We might put it everywhere, but not drink of the power of it ourselves.

Kaal Bhairav shows us that experiences in time, and the projections into direction, are a disowning of ourselves.

Kaal Bhairav gives us the courage to face what we may have spent a lifetime dissociating from.

THE CHAKRA OF OUR LIVES

TAKING BACK THE PROJECTIONS

Kaal Bhairav is the junction of Time, he is the mystery hidden in the timeless state of awareness.

Time is present in all directions. By becoming aware of this, we might come to step into timelessness.

When we take back the projections upon time, then Kaal Bhairav approaches us as the timeless one.

Timelessness is a fearful state that stands outside the boundaries of our constructions, just as Kaal Bhairav himself is a frightening force.

It takes a courageous honesty to look at how we spend our time in the circles of our lives.

OUTSIDE THE REALMS OF THE KNOWN

Kaal means both ‘time’ and ‘darkness’.

That which is in the realm of the unseen is dark to our awareness.

The unseen can have great power over us. The confrontation with our conception of time and direction is a step into the unseen. It is a step to taking back our unconsciously invested life force.

Kaal Bhairav lives outside of the realms of the known.

The courage and wanderlust to pursue the unknown is the path of magic, a path that is open in all directions when we attempt to take the step.

Siddhi means Magic – ‘Maha Kaal Siddhi’ is the great cry of the Tantrics that proclaims the Magic of the unknown and unknowable.

← SHUNI AMVASYA | 30.4. * This is a Night of working with the deep ancestral imprints that we carry in the Saturnian depths. HANUMAN JANMOSTOV | 16.4. * This is the birthday of Hanuman and is known as Hanuman Jayanti or more correctly as Hanuman Janmustav. →