SAVITRI PURNIMA | 14.6. * Tantricly, this full Moon is reserved for ritual practices of evoking our receptive capacities, and opening to the active principle. 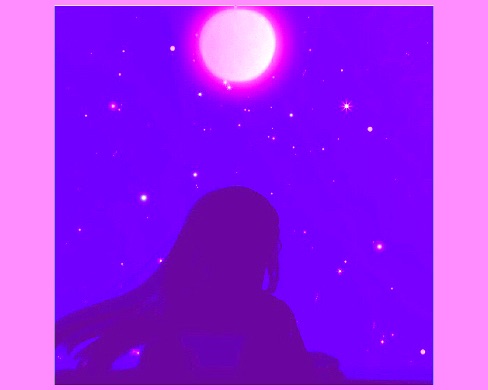 FULL MOON OF THE FEMININE

TUESDAY THE 14th OF JUNE

This annually occurring full Moon is known as Savitri Purnima.

Tantricly, this full Moon is reserved for ritual practices of evoking our receptive capacities, and opening to the active principle.

As we shall soon see, Savitri Purnima unfolds a story of love, life, death and renewal.

Savitri Purnima occurs when the full Moon is positioned in Jyestha Nakshatra.

This is the star in the heart of the Scorpionic realm that deals with the mysteries of death, which are paralleled in the story soon to follow.

This rituals’ constellation is inherent in the narrative of the story of Goddess Savitri’s confrontation with the lord of death.

This full Moon is at the peak of the ascending season. Just shortly before the summer solstice longest day of year.

The active solar forces are at their height at this time.

The Savitri Moon is the Lunar junction in the year which receives the fullness of Solar active force.

The Tantrics follow nature, and fully open themselves to the active principle on this day.

Orthodoxly this is a ritual time when woman worships, blesses and honours the masculine principle… both within and outside of herself.

Women in orthodox fashion, fast and perform various rituals upon this day.

The Tantric practitioner recognises that the feminine receptive principle is within us all, irrespective of physical gender.

And so, the Tantric tunes to this Moon alignment where nature supports the attempt to become receptive to the active force.

The Full Moon in the most solar position of the year.

The full Moon of Savitri
is a time when the wishes and prayers
of the receptive are fulfilled.

The receptive principle is blessed and empowered by active currents that abound in nature at this time. The Moon upon this day empowers such a ritualistic undertaking.

The receptive feminine principle is evoked through focused Tantric ritual, to open to the universal currents upon this full Moon.

Tantra is in many ways the alignment between outer and inner currents… seeking the balance between the external and the internal through ritualistic formulae.

The place where the outer and the inner meet and kiss,
is the place of the Tantric practitioner.

On savitri Purnima, Tantrics align to the lunar energy currents by way of inner and outer Mudra.

The practices of receptivity and the releasing of all defense are attempted on this annual ritual junction.

Opening in a receptive way to nature’s currents,
revives and empowers the active force
to its full potency.

Our blocks and knots to receiving the power of life and love are released by releasing defense. The Yogin learns the secret of melting in body, heart, mind and soul… all are related.

Savitri Purnima is a time of studying the destructive nature of imbalance between the masculine and the feminine currents.

We could just as well say, between the active and the receptive currents.

It is a ritual time of restoring balance
through honouring the exchange between
the receptive & the active energies within ourselves.

Sometimes we may honour and serve the solar active currents, but fail to equally nourish the receptive and passive states and feelings.

This is a ritual of summoning the utmost receptivity and potential within passivity.

OF LOVE BEYOND DEATH

Savitri represents the pinnacle of feminine power within every woman and man.

The story goes that Savitri was so beautiful and truthful that all men were intimidated by her, as her feminine clarity lay bare the truth of their own hearts.

One man alone was able to bare her truth: Satyavan.

But Satyavan, whose name translates as ‘truthful’, had been cursed to die on the first anniversary of their union.

Savitri however did not fear her beloved’s death, for she knew of, and believed in the power of love to cross the bounds of death.

DAUGHTER OF THE MIDNIGHT SUN

Savitri is the daughter of the midnight sun.

She is the devoted heart of woman that loves with the heart of the Goddess of eternity.

The story tells us that she got her wish upon this full Moon day.

The symbols of the story are a subject for meditation.

The concludent union of the lovers … once torn asunder by the hand of death, points to the completion of love.

We have mentioned that this is a day that is ritualised by the feminine element blessing the masculine element.

What does that even mean?
Ponder upon it, if you will.

The receptive element empowering the active with its surrender?

Savitri was in love, but her beloved died, far to young for their love to flower into a red rose. The bud was torn from the stem in heart wrenching tragedy.

But sometimes the end of love is really the beginning!

When the time came for Satyavan to die, Savitri stood by her beloved and waited for Yamaraja, the Lord of Death to arrive and claim Satyavan’s soul.

Yamaraja arrived riding on the back of a black Buffalo, and was surprised to find Savitri standing before him fearlessly.

Savitri met Yamaraja, the lord of death,
who had come to take away the soul of her beloved.

When Yamaraja comes, wherever and whatever his shadow is cast over, is rightfully his to take.

Savitri feared not to stand in the shadow of the lord of death, who has the glare of glares and the howel of howels.

Yamaraja was so impressed by the Savitri’s fortitude and focus that he engaged in conversation with her.

Her clarity and devotion towards her beloved impressed Yamaraja so much so, that he granted Savitri some wishes. He promised to give her anything but the life of her beloved.

Savitri tried many strategies to get her beloved back.
Yamaraja is death, and death can’t be fooled.

Oh yes she Damn well did!

Her devotion to love gave her the wit to out-trix even death,

and so the lovers were united.

Even death cannot stand between a Love so true.

Inner and outer relationships are dependent upon both elements seeing each other, and balancing and worshiping each other in their own uniqueness. This is the way to unity within seeming polarity.

Whether it is of relational energy between the receptive and active, manifesting in the outer planes of life and love, or whether it is about the relation between the forces of duality within the spirit, Tantra is the journey towards the sacred union of opposites.

On this full Moon day, Savitri and Satyavan found the alchemical fusion between opposites: The recognition that one cannot exist apart from the other.

The full Moon of Savitri is also known as Vat Purnima.

Vat means Banyan tree, which is a sacred tree of a India.

In the story, when Savitri discovers that Satyavan is destined to die within a year of their union, she takes to austerities of fasting and sitting still beneath a Banyan tree.

She gathers all her energies of love, and prepares for the impending death.

Satyavan dies at the time that was foretold.
He puts his head in Savitri’s lap and expires.
Yamaraja comes for the soul of Satyavan.
But Savitri persists and finally
outwits the lord of death
and wins Satyvan back.

This story inspires the ritual measures that are carried out across India on this day.

For example, women fast and pray for the health of their husbands and tie threads around a Banyan tree.

There are many levels of meaning to the Yogic stories. This is one such story to meditate upon. Such stories reveal their hidden meanings through meditation upon them.

Let us look at a few details that may provide further insights for contemplation.

Savitri translates as solar woman. But it is the power behind the sun before sunrise that is indicated in her name.

Her father had worshiped Savitr who is the god of the midnight sun.

After much devotion, her father received the blessing of Savitr to have a daughter.

And so she was born and named Savitri.

She is considered daughter of the sun god Savitr, as it was he who provided the blessing to her earthly father.

Savitri brings blessings to the masculine.

The father of her beloved Satyavan was a king who had lost both his kingdom and his eyesight.

When Savitri bargained with the lord of death, she managed to restore both the eyesight and the kingdom towards glory.

Remember, that implicit in her name is: the power behind the sun.

Savitri represents the power to restore vision and kingdom.

On her full Moon, in the peak of the bright season, Savitri empowers the active force.

She does this because she is the sacred woman of feminine blessing.

May we enter into the story of love beyond death

← KAMAKHYA PUJA | 22-23-24.6. * Kamakhya is the initiatoress of the darkening season after the longest day of the year. Kamakhya is the Goddess of desire. DHUMAVATI JAYANTI | 7.6. * Dhumavati is the intensely ugly Widow Goddess, bitter, barren and bereft of Beauty. She holds the deep wisdom of age and loss. →