BHAGAMALANI DEVI | 15.07. * Bhagamalani Devi is the Goddess of fertile growth. She rules the second lunar day, known to Yogins as Dvitya Tithi. 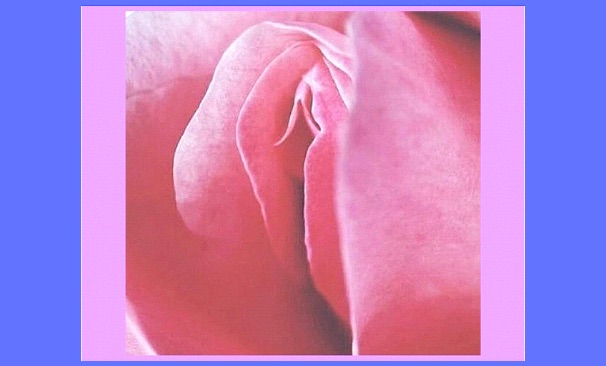 RITUAL ASTROLOGY OF THE LUNAR DAYS

FRIDAY THE 15th of JULY

Bhagamalani Devi is the Goddess of fertile growth.

She rules the second lunar day, known to Yogins as Dvitya Tithi.

2 is her number of power.

It is the number of the mother who creates life,

and so is she

We see that Bhagamalani has as her opposite, Shiva in his form as Kalayan.

This is the form of Shiva in a relationship with woman. It is the uniting Shiva.

The usually aloof and ascetic Shiva meets in union with Bhagamalini on the second lunar day.

The power of two creates, and indeed… together they do create.

Shakti and Shiva create the very fabric of being in their unified form.

Bhagamalani’s element is Bhumi (earth element) which is potent upon her Moon day.

The Dvitya Tithi is a day for grounding and manifesting, conceiving and birthing on all levels of being. It is a essentially a day of motherhood.

Indeed Bhagamalini is a Nitya Goddess of the eternal dance of the Moon, and her speciality is birth and growth.

The number two parallels with the 2nd astrological house, known as Dhana Bhavan. This is the house of material wealth and grounded realisation. This parallels with the earth element that rules the second lunar day. Being the astrological house of Taurus, we see that it also shares the Venusian quality of its ruling planet with Goddess Bhagamalini Devi.

Bhaga in her name means Yoni and womb, this is the feminine reproductive energy.

The womb is the dark blue lotus flower that she holds in her left hand.

The womb is unrevealed, but it is the concealer and then the revealer of life at the time of birth.

Her Grah (planet) is the Moon. The feminine force of Shakti is expressed by the Moon that rules the creative and sexual cycles. Infact Chandramukhi is the Tantric term for the female reproductive organ, and it translates as Moon-face… the receptive force of the night.

Bhagamalani is the Vidya of conception & childbirth.

The womb creates in the dark. Just as the blue lotus flower only blooms at night.

The pink lotus flower that she holds in her right hand represents the revealed Yoni of receptive energy.

The Yoni is the doorway both into and out of life. Life goes both in and out of the Yoni.

The Ancient Yogic symbol of the Svastika is a potent tool of meditation. It represents the Womb and Yoni and the mystery of these fertile forces which move in and out in unifying equilibrium. The Yantric form of the Svastika reveals the combined mystery of centrifugal and centripetal force in union.

We come from the womb
& it is the cosmic womb that envelops us
as the hand of death gives birth
to the next adventure after life.

The womb is the active pole that incidentally contains the strongest muscle of the human organism. It is the power of Shakti to expel the child into the realm of Bhumi (earth mother)

The second part of her name, Malani, means to be adorned with. She is adorned with a Mala (necklace) of Yonis and wombs.

Bhagamalani Devi be the ultimate mother queen of fertility.

Bhagamalani Devi has 6 arms, this is the number of Shukra (Venus).

Venusian indeed she is.

She has a bow of sugarcane and arrows of the five sensual flowers of the 5 terrestrial Chakras of the body.

She is adorned with many flowers and holds a conch shell that symbolises the Yoni.

Her Yantra also, pictured above, expresses the downward facing triangle of the Yoni of descending Shakti force.

Astrologically speaking, her planet which is the Moon, exhults the Venusian force.

Venus and the Moon in union bring the mother and the woman qualities of nurture, devotion, beauty and charm all together. This is this is the very magic and mystery of the Goddess Bhagamalini.

When we evoke her powers from deep within our spirit, we are evoking the primal creative urge.

Bhagamalani Devi is the Goddess
of abundance and birth on all levels.
She brings both physical and psychic creativity.

What are we spending our creative energy on?
is the question that Bhagamalani raises and asks.

Creative energy is Shakti, and we all carry it.

It is not a question of gender or of our physicality.

Creativity is our very nature, the evocation of Bhagamalani reveals this.

If our creative forces are focused upon, then they gather together and form a Vajra of energy that can take us to the deepest layers of the Goddess.

Sorry, this event is expired and no longer available.

← KAAL BHAIRAV ASHTAMI | 19.07. * ‘Tis the Moon where dark and light kiss just before falling unto the mystic darkness of Amvasya. GURU PURNIMA | 13.7. * Guru Purnima is the full Moon of giving honour to the teachers & elders who guide us on the path of wisdom. →