21 | DHUMAVATI JAYANTI | 18.6. * She is a Shakti that is self contained and stands alone. She is the grand Widow. She holds the deep wisdom of age and loss. 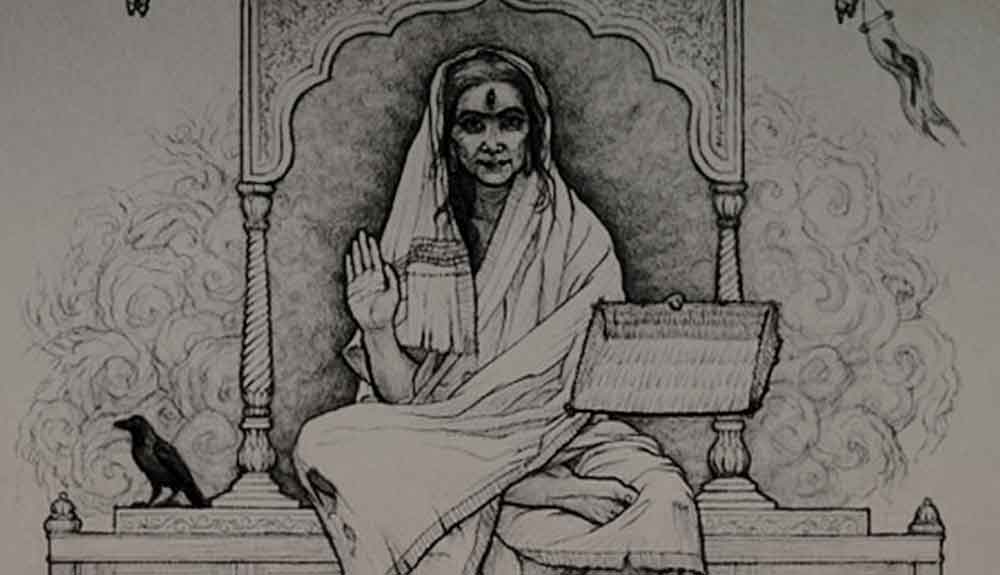 THE SEVENTH OF THE DASHA MAHAVIDYA
AN INITIATION INTO THE WISDOMS OF THE GODDESS.

“Oh Dhumavati!
You are the Widow goddess
You stand alone in places most desolate
You show us the power of facing the loss
of things we have lost and are yet to lose,
You reveal the power of the widow
that stands just one heartbeat
before despair.
Indeed you stand
beyond despair!
To you we bow.”

Dhumavati is the intensely ugly Widow Goddess, bitter, barren and bereft of Beauty. Her nose is beaklike, her countenance inspires disgust. She is dirty, with only a few rotten teeth left, her breasts are empty and withered and she wears a perpetual scowl of an expression upon her face. She is an elder Goddess, regarded as the elder form of Kali.

Dhumavati is difficult to approach
as she inspires deep disgust.
Yet Dhumavati holds
the deep wisdom
of age and loss.

Dhumavati has no peer and is distinct among Goddesses as having no opposite.
She is a Shakti that is self contained and stands alone. She is the grand Widow.

Dhum in her name means ‘smoke’, Dhumavati is the one who is smokey. She is born of the death of Sati in the fire. As Sati burned to death in what was to be her sacred marriage fire, she became the unobtainable widow. Sati’s insulted and dishonored spirit manifested and took form in bitter smoke. The smoke became Dhumavati: she who is born of smoke.

Another story tells of how Sati after uniting in love with Shiva, had started to live together with him in the Himalayas. Sati was always hungry as the Himalayas did not offer the royal dishes that she was used to.
One day Dhumavati became so maddeningly enraged with hunger that she turned on Shiva and started to eat him. Shiva howled and fought his way out from inside her stomach until she could not help but vomit him out. The enraged Shiva glared at her with his third eye and cursed her to lose her beauty. And so she shriveled up into an old decrepit hag with a terrible ever-hungry and unsatisfied expression upon her face.

SHE WHO IS OLD & WISE

Dhumavati
has the wisdom of years.
She holds the secrets
hidden by the smoke of time.

The time-honoured and weathered secrets that can easily escape the pursuits of the youthful striving spirit.
Dhumavati brings us to the places we might easily pass by and avoid. It is easy to view her realm as being devoid of value, for it is ugly, dirty, barren and widowed. To venture toward her is to go into the places we would not usually go to.

Her age takes us to the wisdom behind formulations of time.

Dhumavati teaches us
of the wise acknowledgment
of that which we have lost
over the span of our lives.

If something is lost or dies, it is often a cause for lament. But it also holds the seed of rebirth of another mode of being. Dhumavati is the Shakti that shows us that when one thing dies, another is born. The Tantric work with Dhumavati is to listen to the elder voice that exists at the crossroads of every loss. If we heed her aged being by learning to look with her eyes then and only then does the new grow.

Dhumavati can assist us is in our widowed parts. She shows us the need to go into deep feeling, she reveals they healing nature of mourning and facing loss and emptiness with feeling. She opens the creative power latent in that which we might all too easily choose to turn away from.

Dhumavati Jayanti falls under the Jyestha Nakshatra, the lunar constellation of the elder. To find out the myths surrounding this group of stars and the ways in which they affect us, CLICK HERE.

← 22 | KAMAKHYA PUJA | 22-23-24.6. * Kamakhya Puja is a ritual time for honouring the dark internal space of the womb, proceeding the solstice the nights start lengthening and nature starts to make her descent into the womb. 20 | SHUNI JAYANTI | 10.6. * Getting the vision of the Shadow world is the beginning of the path of Tantra. And that, the integration and work with the Shadow, is the living of Tantra. →