09 | MAHA SHIVARATRI | 11.3. * The Teacher of Wisdom Series continues with the third ritual dedicated to the great teacher of the Yogins: Shiva. 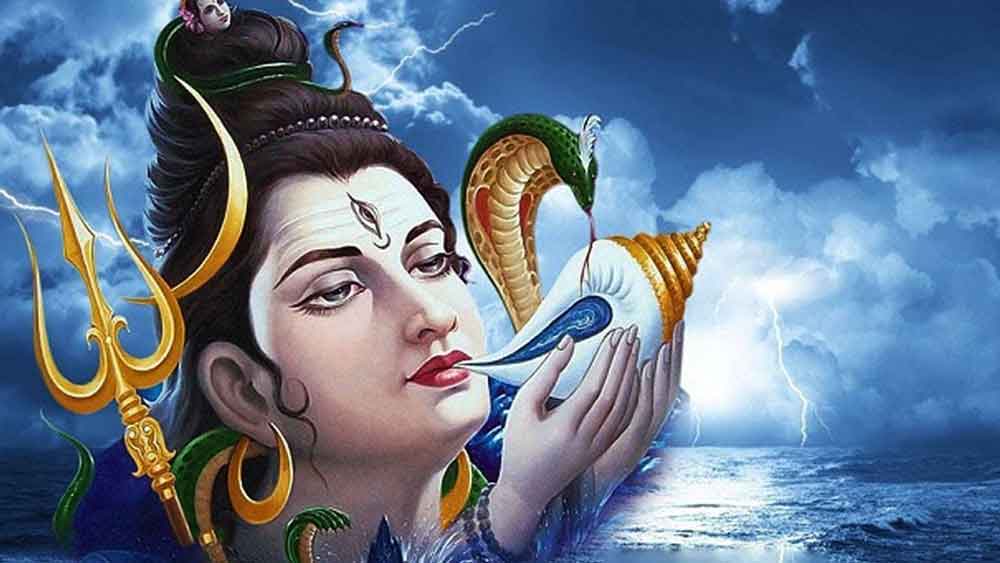 The Teacher of Wisdom Series continues with the second ritual dedicated to the great teacher of the Yogins, that is Shiva. We arrive on the 11th of March at the Festival of Maha Shivaratri, this translates quite literally as ‘the great night of Shiva’. Shivaratri is a Powerful Tantric ritual night. The crescent Moon that appears just before the dark Moon at Sunset is a focal point in this ritual. Indeed, Shiva is known as Chandra Shekkhara, which means, ‘the one who wears the Crescent Moon Crown’.

Shiva has the goddess Ganga – the Goddess of the sacred river – flowing from the top of his head, from the Gangotri point, the pinnacle point that meets the highest and in a river like flow – flows to the deepest valleys. Shiva has the third eye that unites the polarities and opposites by glimpsing the power between.

Shiva has an endless array of forms that express the numerous facets of his being. He is Adinath – meaning the original teacher of the Yogins. When we meditate upon and look closely at the many forms of Shiva, we may get a glimpse at what lays beneath the eclipsing characters of self and intellect that dance upon the foundation of Wisdom. This in turn might get us to look at ourselves and study our foundations or lack of them.

Shivaratri is the celebration and honouring of the very roots and foundation of Wisdom. The endless forms of Shiva, point to expressions of a character, or a state of being that manifests from the roots of Wisdom and not the peripheral levels of self and intellect. Traveling through the structures unto the foundations and roots of innate wisdom is the reaching of Shiva – from intellect to intuition it could be said.

This ritual night will be an investigation into the original wisdom of the soul that gets eclipsed by other forces, though those other forces are an important part of our lives, they are no replacement for the foundation of being.

This Shivaratri falls upon the lunar constellation (Nakshatra) of Dhanishta. Dhan means ‘wealth, abundance’, Nishta implies rhythmic and constant flow. It is indeed a star of music and has as its symbols, musical instruments. Dhanishta Nakshatra is a Mangala (Mars) ruled Nakshatra and potently brings us the lessons of wealth and fortune through the secret of rhythmic flow. Read more about this constellation and its influence on our dedicated blog post.

← 10 | SPRING EQUINOX | 20.3. * The Spring Equinox is an annual cosmological event when the day and the night are of equal length. 08 | BHAIRAV | 5.3. * This night’s ritual will be an investigation into sensing the polarities and magnetism of the 8 directions in Space. →